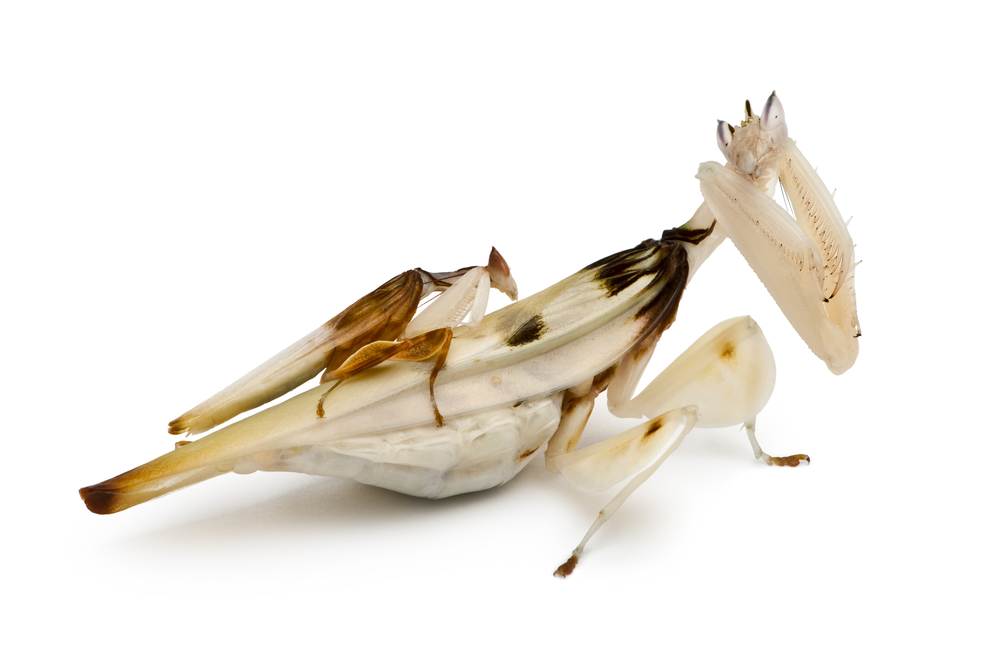 Knowing how to sex your praying mantis is necessary if you are looking at breeding mantids, but can be useful even when owning mantids as a hobby to know the specific lifespan and behaviors of the sex. Depending on the species, mantids can be difficult or easy to tell the sexes apart, but with the techniques below you can learn to be able to distinguish them on even the most difficult species. Because both sexes have the same basic anatomy you have to use smaller details to identify them.

Keep in mind that some of these techniques are better done on adult stages as nymphs are hard to identify the sexes until L3 at the earliest.

Sexual dimorphism is the difference between characteristics of the males and females of a species. This can include but is not limited to, size, anatomy, and reproductive organs. The older the mantis becomes the easier it is to see these differences.

Segment counting can be used to identify between the sexes easily. It is easier to do on standard or giant species vs the smaller ones. A magnifying glass can be used to gently observe this trait on the smaller species. This trait has to be observed on the underside of the mantis’s abdomen. The rule of thumb for most species is that females have 6 segments while males have more than that, but typically they have 8. Females also have a larger ending segment, males are more consistent in their segment shapes and sizes.

This is not easily done on young nymphs, but not impossible. It is best done at L4 or older.

Females are typically larger than males are. Due to also having to carry eggs they are typically rounder and wider in the abdomen, allowing for a layer of fat buildup, as well as room for the eggs to be fertilized. Males are smaller than females in most cases while also having a leaner build. They have to have less body mass to be able to fly. Some species do not have size-based sexual dimorphism between them.

One of the most drastic cases of sizes between the sexes occurs in Orchid mantids, females are between 6 and 7 cm long while males are only 2.5 cm long!

Due to the smaller size of the males, if no intervention is held to slow it down, they mature at a much quicker rate than females. This means that they unfortunately also have a much shorter lifespan.

Coloration can often differ between the sexes as well, depending on the species. For example, with Carolina Mantis the females have a color range of green, yellow, gray, and brown, however, the males are always a grayish-brown color with green legs. Orchid Mantis have a specific marking called a necklace which is a spot on the back of the neck. Males have a brown-red necklace while females have a green necklace.

Mantids that use mimicking to match flowers, or dead leaves, can also have a difference between the sexes. Orchid Mantis are known for having large elaborate lobes on their legs to mimic a white and pink flower blossom. In reality, the females have much more elaborate lobes while the males have almost none. Dead Leaf Mantis also have a camouflage difference. These mantids use a shield-shaped prothorax to blend in. Males have a significantly smaller one than females do.

Antennas are used by mantids to find food, but we can use them as a way to identify males and females! Upon hatching they have their antennae, but with each molt, they grow longer and easier to distinguish the sexes with. It is believed that males have a different structure of their antennae to be more receptive to sex-pheromones.

Most males have much longer and thicker antennae than females, as well as having a “hairy” appearance with the addition of their sensilla. Sensilla allow them to have the ability to find females using the sex-pheromones they release.

Females have shorter and more thread-like antennae. They do not have to find sex-pheromones of the males because females are typically more sedentary, and they wait for the male to come to her.

Adults are the easiest stage to see the antennae difference on, but sometimes it can be seen in the sub-adult stage.

Males are generally the only ones able to fly which they use to get to the females in mating season. Males have long, thin wings. Females can’t normally fly due to their body mass while also having shorter, thicker wings.

This trait can only be identified in the adult stage.

Mantids reproduce sexually which means they have different reproductive organs. The external part of these organs can be seen at the end of their thorax segments. Males have an upturned, cup-like shape while females end in a point.

Females are much more sedentary than males are. Due to not being able to fly they typically sit and wait for prey to come to them. Some of the more aggressive species will hunt down prey until they catch them. When the females are ready to mate they release a sex-pheromone so the male can find them easier. Males are much more active and skittish and fly frequently.

Females are also significantly more likely to commit acts of sexual cannibalism, which is cannibalism that occurs during or after mating. This is partly due to the size difference of the sexes, but the female also resorts to this if she is hungry for a chance to give their offspring a better start in life. This meal could allow her to produce more eggs and stronger nymphs.

One of the easiest ways to tell the sexes apart is using the size-based sexual dimorphism, but not all species have that characteristic. The most consistent way is counting abdomen segments, but that can be nearly impossible on the smaller species of mantis however, on average to giant-sized this is one of the easiest methods. The coloration of the mantids can also be used to sex them, but this also isn’t reliable in all species. For species known for camouflaging with lobes, the general rule of thumb is that males have smaller and less intricate lobes than females do. Wing length can also be used as a relatively reliable way to sex them as females have much shorter and wider wings while males have much longer and thinner wings.

Sexing mantids varies from easy to difficult depending on your experience with it and the species of mantid. While most cannot be identified until adulthood once you have the hang of it, it is super simple to tell them apart!